"Everything is pre 1995, as I've got zero interest after that - It's the excitement about them, they were being pretty adventurous. Everyone was experimenting. Most of the time they didn't work, but it was a lot more carefree back then." Not really being home to many mountains, or hilly surrounds, you’d be forgiven for not pinning Warwick as the locale for the biggest classic mountain bike show in the UK. But that is exactly where it is, home to not only a famous Castle but also some really quite nice mountain bikes. Amassing annually in the quaint town square, row upon row of rare, strange and intriguing bikes fill the centre. Collectors and riders seem to have hailed from each corner of the UK, from Glasgow to Cornwall and the not too far Solihull, bringing with them unusual and pioneering reincarnations of the humble bicycle. With about a hundred or so bikes in attendance all pre ‘95 (the only requirement for the show), you can be sure to come across some very interesting design features and colourways. Carbon spokes pinned to rims with grub screws, through to precision engineered billet front mechs and 23 tube piece frames. All very eye-catching, but not all very safe as riders at the time found out, however, many technologies stood the test of time (and 8 foot drops) to find themselves on the bikes many of us ride today. Staple names in the cycling game were on show from the likes of Klein, GT and Koga Miyata, with oddities sprinkled in amongst them such as a handful of Fuquays and a Mantis Flying V. Walking into the show with little more than starry eyes and a faded memory of old MBUK pages from the 90’s we thought it best to get some insight and facts from show organiser and classic mountain bike collector Tom Price-Jones (pictured above).

How did the idea for Iconoclassic come about?

Tom: On moving to the Bournemouth area, there wasn’t much of a public transport system, and If I was late coming back from work it would be a pretty expensive taxi ride.

So i looked into getting a bike, and popped into the local bike shop but couldn't exactly relate to anything that was on offer. I then decided to get on ebay and look around, and stumbled on a '94 Pace, a bike that was out of reach when I was much younger. That was about 12 years ago, now I have around 30 bikes.

Tom: Everything is pre 1995, as I've got zero interest after that - It's the excitement about them, they were being pretty adventurous. Now you have a definitive suspension system, but if you look around the show today, you'll find 20 different suspension designs. Everyone was experimenting. Most of the time they didn't work, but it was a lot more care-free back then.

People could release products without too much worry and test them on the trail.

There is certainly more of a connection with it, each having their own quirks, things like the rear mech on the mantis, there is something quite aesthetically pleasing about it. There are no pressed bodies, its all CNC’d. You can take every bit of it apart with an allen key, and there is something really beautiful about that.

What kind of crowd do you attract?

Tom: There are a lot of like minded people really, invariably like me, that have found they could now buy the bikes they wanted as kids. Unfortunately now that is has become a “scene” rather than a group of core collectors, or fans of the old, the prices have got crazy. Part of the fun in it for me has always been scooping up a bargain, which is now getting harder and harder.

Which bikes stand out to you?

Tom: Well the '92 Bontrager here was hand built by Keith Bontrager before he sold up his company to Trek, it has some beautiful touches. He wanted to have thinner tubing on the seat stays for lighter weight and improve the ride, so he used the legs off a road fork, which were then glued and bonded in, he also started re-enforcing gussets. One of the first to do so in fact. The brakes are by a dutch company called Footwork, owned by a machinist called Pedro Van Hout, they were only around for a couple of years, it's these ‘boutique’ parts that really set some of the bikes apart.

So is there a comparative event to attend elsewhere?

Tom: This is it, there isn’t anything else out there and it’s the biggest show of its kind in the UK.

There are european events too, but nothing quite on this scale, although there are collectors dotted around with a huge amount of bikes. We are looking to grow it into something really special.

Have you got any ideas for next year's show?

Tom: Well I guess we are always looking to grow it, and what is special about the show here in Warwick is you have all the amenities of a town centre, you’re not in a field, or the NEC. It’s a very picturesque setting.

To see the full gallery of photos from the show, head over to Flickr or scroll through the slideshow below. 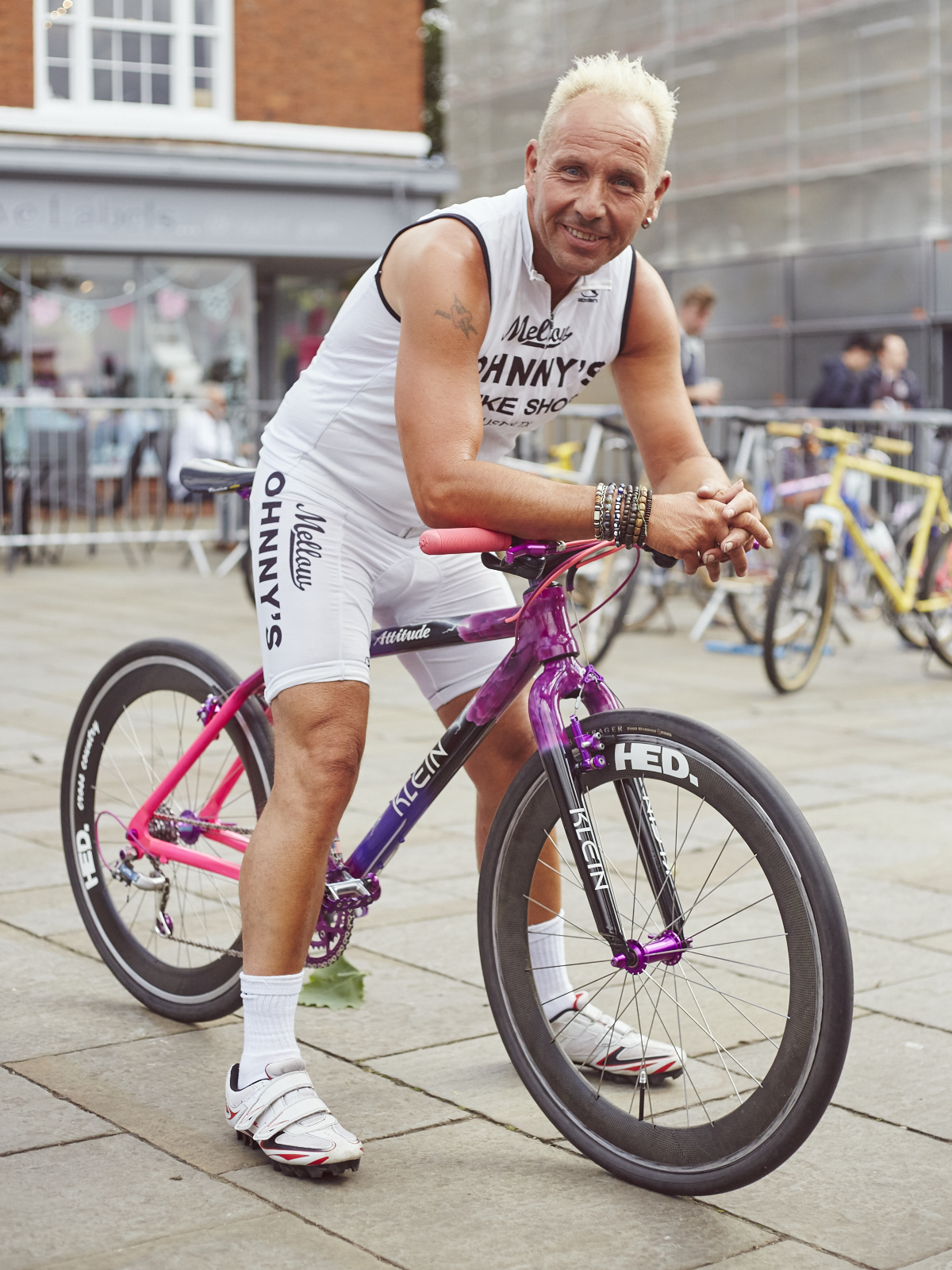